Oh, hi! Remember me? I used to write this blog. Well, during the summer my real job kicked in and I was in full time mothering mode. The kids and I had a great time — hiking, swimming, kayaking, reading, sleeping, watching and playing baseball, enjoying friends, eating, playing with Lego, and traveling to see family. Joy! 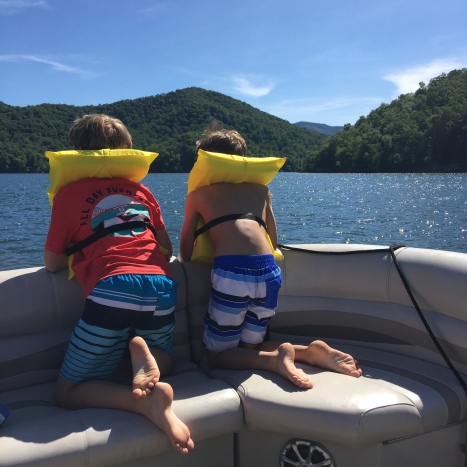 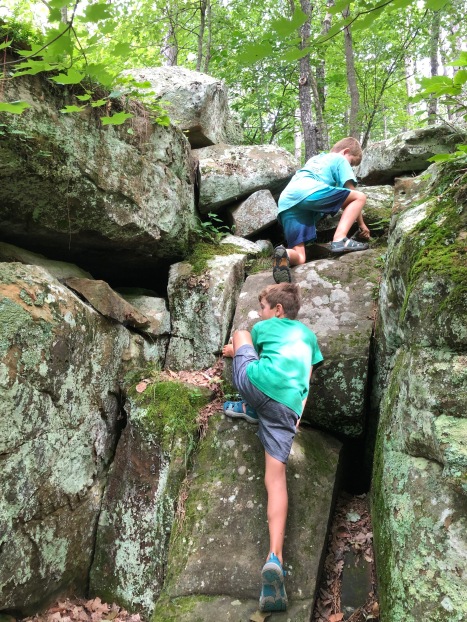 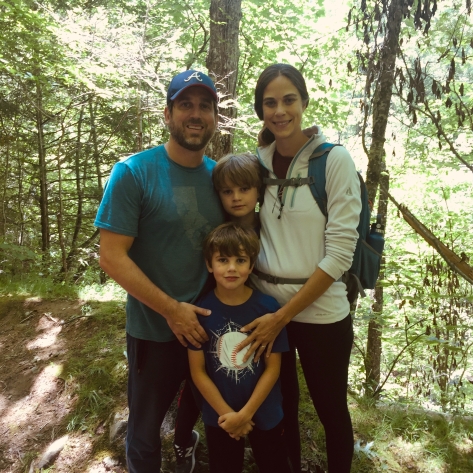 After a summer hiatus, I’m ready to get back to it. This summer my sleep habits shifted into what I like to call my “Abe Lincoln schedule:” wide awake for an hour or two in the middle of the night like in the olden days. Rather than lie there thinking about how awake I was and wondering why I couldn’t get back to sleep, I decided to just embrace it. I don’t typically get up and wander the house like Lincoln, but I read. So for my first post back, I’m going to follow Barak Obama’s example and post a list of some of the great books that I read this summer. (Having referenced two presidents, I won’t mention a third or any of the many things that happened with him this summer that I could write about. Ugh. For another time.) Here is a selection:

Salvage the Bones, Jesmyn Ward. I recommended Sing, Unburied, Sing on this blog. While Salvage the Bones lacks some of that works’ magical elements, it is just as beautifully written and deeply moving. It tells the story of a Louisiana family bracing for impact – from unplanned pregnancy, dog fights with high stakes, and a hurricane that threatens to be bigger than any other in living memory. One of fiction’s most profound gifts is to nurture the reader’s empathy and Ward does this better than any contemporary writer I can think of. Ward’s prose is lyrical, attentive, and frank in its love for character and place.

The Power, Naomi Alderman. I’ve read plenty of speculative fiction that explores women’s oppression and the myriad ways is might be intensified in the future. With Margaret Atwood’s The Handmaid’s Tale‘s resurgent popularity, I must say that this book was a welcome alternative speculation. In The Power women have developed the physical ability to overpower others by conjuring electricity from within their bodies. Like Atwood’s future, Alderman’s shares a familiarity with our present world that makes its speculations just plausible enough to entertain. The structure itself is novel – a story within a story that is presented as historical fiction – and prompts the reader’s engagement with the way that gendered power, in all its arbitrariness, affects everything.

Black Leopard, Red Wolf, Marlon James. This is a full on fantasy epic that follows some of fantasy’s most familiar plot lines but is unlike anything I’ve ever read. Imaginatively drawn from African history, folklore, and motifs, the story follows Tracker, a mercenary on a mission to find a missing child. Forests, underworlds, and ancient cities, populated by shape-shifters, witches, cannibals, and kings… the world James creates is incredibly rich. The book has a dreamlike — actually, nightmarish — poetic quality that is not for everyone. And the story meanders in a way that can itself be difficult to track. I would recommend checking out a sample of this one before diving in. (But shout out to the designer of the first edition cover art- I love it!)

Circe, Madeline Miller. Most of us know Circe from a few lines of The Odyssey as the witch who turns men into pigs. Miller gives us a full, wondrous, and moving account of Circe’s story. From insignificant nymph to impressive sorceress, from naivety to wisdom, hers is a tale of female empowerment that feels modern despite its ancient trappings. Miller tells us a story where we have known the characters, the highlights, and the ending, for thousands of years, and yet it feels unexpected and new. I didn’t want to put this book down.

There There, Tommy Orange. Taking on the question of “what it means” to be an urban Indian, Orange tells the interwoven stories of twelve individuals who converge at an Oakland Pow Wow. At times this felt like a collection of short stories, but the structure and the pacing of the chapters reflected some of the stories’ elements in a “meta” way that, for me, really worked. The narrative voices of the characters were each so unique and well-realized. This book is clever, groundbreaking, fierce, heartbreaking… just go read it.

Doll Bones, Holly Black. One of the best middle grade novels (ages 9-12) I’ve ever read. A coming of age adventure tale that is really a meditation on what we lose when we are told to “grow up.” This book will especially appeal to adult readers who were once very imaginative children or who parent very imaginative children. Plus there is a ghost. (Thanks, James Daley, for the recommendation.)

Down Girl, Kate Manne. The only nonfiction book and the only philosophy book I have listed here definitely deserves as wide an audience as it can get. Subtitled, “the logic of misogyny,” the book is just that: an examination of the structure, mechanisms, and impacts of gendered power dynamics. Manne’s account marks a distinction between sexism as a set of beliefs, and misogyny as an enforcement mechanism. She emphasizes one of misogyny’s key dynamics in practice, the demand that women provide support, service, and care. Manne is the kind of philosopher many of us aspire to be: one who writes for a wide audience without sacrificing precision or rigor.

So that’s some of my list. Currently on my night stand: Richard Powers’ The Overstory, George Saunder’s Lincoln in the Bardo (I started this and loved it, but it made me weep uncontrollably so I had to put it down), and Colson Whitehead’s The Nickel Boys (for an upcoming book club meeting – Thanks Obama!) What are you reading these days?